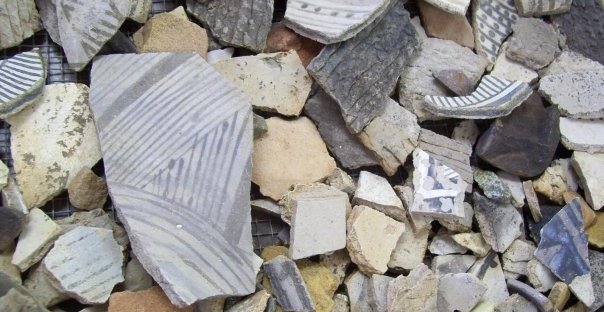 Interest in academic archaeology in service of the government and public in the United States can be traced to Thomas Jefferson in 1799 (Schroeder 2009:169). While president of the American Philosophical Society, Jefferson asked the organization to record antiquities before such artifacts were lost to future generations. Examples of both government and civic preservation include the protection of ancient earthen mounds throughout the Midwest (Schroeder 2009:172). The Ohio Company designated ancient mounds and earthworks in Ohio as important public places for preservation. However, unlike modern legislation in cultural resource management, government intervention was minimal until the 19th century and the pressure placed on the government by the concerned public over destroyed historic and prehistoric ruins. As Schroeder (2009:172), “most of the earliest efforts at preservation were accomplished by communities, civic groups, and other organizations exerting efforts to assure the protection of ancient monuments.”

During the 19th century, with the growing popularity of antiquities collections, European museums tended to focus on craft demonstration in order to generate a greater interest in antique material than the cultural aspect of material culture. However, American museums and preservation societies focused on material culture as opposed to artifact demonstrations, especially with historic houses (Anderson 1982:292). By the mid-19th century, Americans were keen on historic preservation efforts. This effort was rooted in the need to preserve what civic leaders and middle-class professionals considered to be traditional American beliefs and cultural values. Groups like Sons of the American Revolution and Society for the Preservation of New England Antiquities hoped to create a sort of shrine to the past, idealizing of the nation’s founding fathers and influential sites from the American Revolution (Durel 1986:230). Historic houses, such as George Washington’s home of Mt. Vernon, provided tangible access to the past, demonstrating a need for continued preservation of historic places and presenting history to the public.

Three major exhibitions brought Indian antiquities to the forefront: the Columbian Historical Exposition of 1892 in Madrid, Spain, and the 1904 World’s Columbian Exposition of in Chicago and the Louisiana Purchase Exposition in St. Louis, Missouri (Thompson 2000:210). The exhibitions displayed the material remains of recently excavated regions of the American Southwest. The display of Indian antiquities romanticized the American west and generated a demand for Indian antiquities and art. Growing interest in archaeological materials led to looting of ancient ruins in the American southwest with the discovery of monumental ruins such as the Mesa Verde Cliff dwellings in Colorado (Hutt et al. 1992:19). Railroad construction during the mid to late 19th century, “facilitated long-distance shipping of goods, including large, fragile collections of archaeological materials, which previously had been transported in wagons” (Hutt et al. 1992:19).

Public concern with the destruction of antiquities and the growing professionalization of anthropology provided a role for the government in preservation and archaeology. For example, Casa Grande in southern Arizona was the first federally preserved prehistoric archaeological site in 1892, due to petitions to Congress by supporters of preservation (Schroeder 2009:172). The need for federal legislation was brought to the forefront by archaeologist Edgar Lee Hewett. Knowing key members of Congress and professional societies, Hewett was appointed a member of the American Anthropological Association (AAA) to work towards creating antiquities legislation (Thompson 2000:236). Hewett’s work the AAA helped establish the language of the Antiquities Act of 1906 and the groundwork for future cultural resource management legislation. And the rest is history.

1984 Time Machines: The World of Living History. The American Association for State and Local History, Nashville.

1986 The Past: A Thing to Study, a Place to Go. In Public History: An Introduction, edited by Barbara J. Howe and Emory L. Kemp. Robert E. Krieger Publishing Company, Malabar.

2009 Thinking About a Public and Multidisciplinary Archaeology. Reviews in Anthropology 38: 166-194.